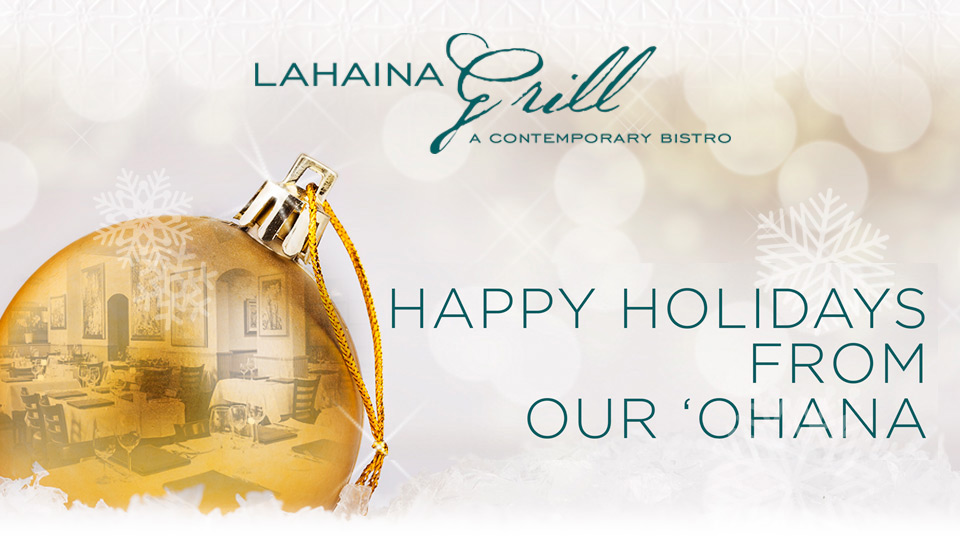 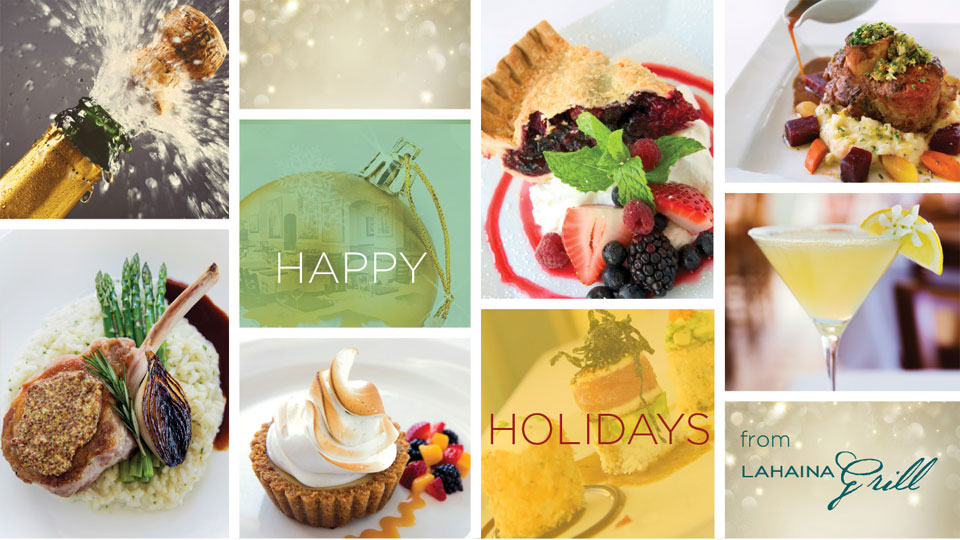 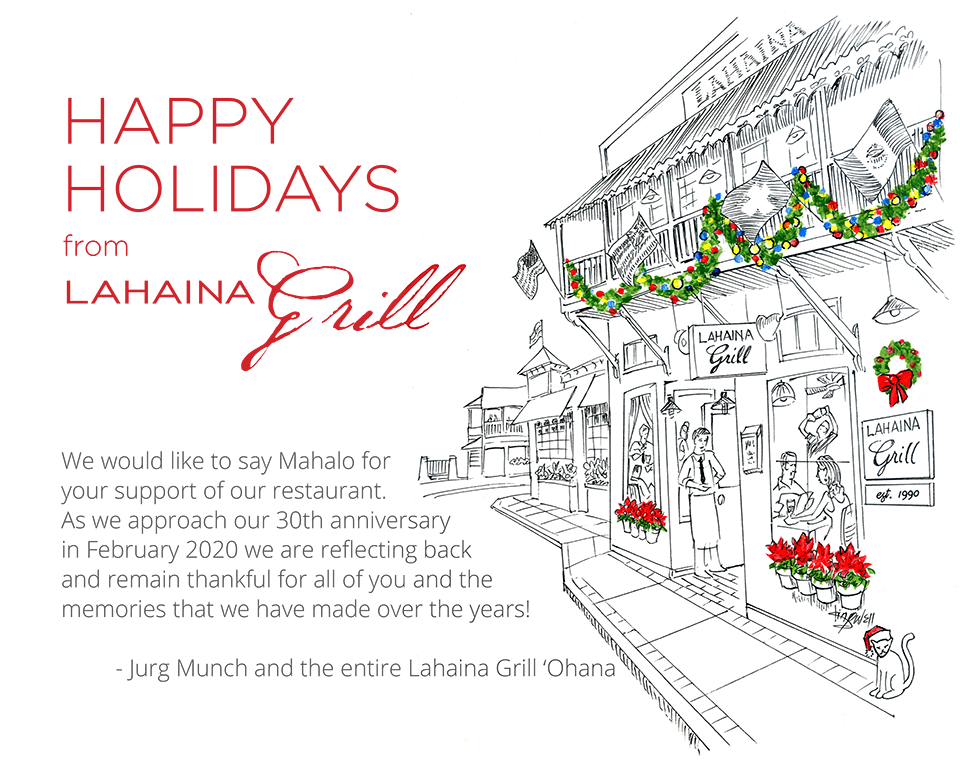 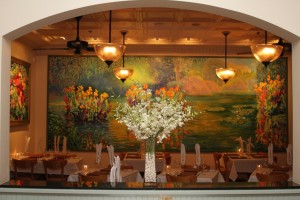 LAHAINA, MAUI — Lahaina Grill has won its eighteenth ‘Aipono Award, and this one is a doozy: the coveted Gold Award for Restaurant of the Year. The Grill received this recognition at the 2014 ‘Aipono Gala, held Sunday, April 13, in the ballroom of the Four Seasons Resort Maui at Wailea.
In 2009, Lahaina Grill won the Silver ‘Aipono in the same category; that same year, owner Jurg Munch accepted ‘Aipono’s Excellence in Sustainability award.
A consistent winner, Lahaina Grill has earned ten Gold and eight Silver ‘Aiponos since 2008—including a record-breaking six awards in 2012: three Golds (Best Service, Best Cocktails, Best Wine List) and three Silvers (Best Steak, Best Dessert, Best Bar).
‘Aipono combines the Hawaiian words ‘ai (food) and pono (excellence) to encompass the theme of exceptional dining. Sponsored by Maui No Ka ‘Oi Magazine, the ‘Aipono Restaurant Awards annually recognize the best of Maui’s food, wine and hospitality industries as determined by ballot by the readers of Maui No Ka ‘Oi.
Some 350 restaurant professionals and industry supporters attended the 2014 ‘Aipono Gala, a fundraiser for the Maui Culinary Academy at the University of Hawai‘i-Maui College. The event also provides a rare mentoring opportunity for Academy students, who spend the day of the gala working side by side with professional chefs in a real-world restaurant environment.
Lahaina Grill honored by readers of Honolulu Magazine in annual Hale Aina Awards
established 1990
127 Lahainaluna Road, Lahaina, Maui, HI 96761
reservations@lahainagrill.com
808.667.5117
open nightly from 5pm

During this global crisis in the face of COVID-19, we want to ensure the health and safety of our guests, team members and community.
Lahaina Grill will be temporarily closing as of THURSDAY, MARCH 19, 2020 until further notice.
We hope that your families will be healthy and safe during this time.